I was introduced to this idea when reading a 2008* blog post by Ian Usher. *I didn’t read it in 2008, though I wish I had – i didn’t find it until 2015 when I started chasing up early information about TeachMeet.

Three times in the past fortnight this Winer’s Law has come to mind, to conversation, and into action, for me… 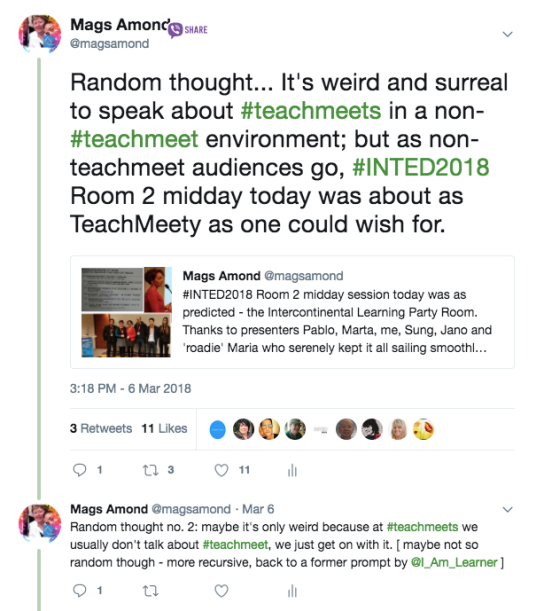 tweet by @athole (Twitter)
“Always felt TeachMeet movement was about reimagining a world without keynotes and guest speakers. They’ve a place at the table but dominate professional learning dialogue to an unhealthy degree, I worry. Too often about … https://t.co/riztt5Z7T1

So thank you Dave for your law, and thank you Ian for pointing me towards it, and thank you Athole and John and commenters for reminding us of TeachMeet’s unconference birth, and thank you to my friend Carmel for the sheer joy of your reaction to it all.