Details of Code Week 2017 have just been released. Here’s the ‘headline’ version:

EU Code Week celebrates its fifth anniversary in 2017. To make it easier for schools to participate despite differences in holiday periods in Europe, EU Code Week will take place during two weeks 7-22 October 2017. It is already time to start planning your coding event. Get in touch with partners, book rooms, find coaches… Participants of all ages will flock to all Code Week events. There are toolkits, lesson plans and guides available on the EU Code Week website, to make the organisation of events easier. 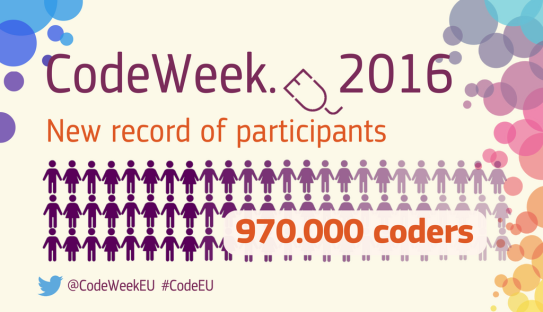