Pam O’Brien has done it again. Taken the Teachmeet format and morphed it to fill a need. She found a team (Neil Butler and me), a theme (Maths), a time (Friday night before Code Week EU kicked off; yes, Friday night – yes, we’re all a little cracked!), a place (LIT), sponsor (Microsoft, Twinkle, LIT), and off it all went. Along with our teenage helper-demonstrators Amy and Cara, our guest Stephen Howell, and the teachers who came to join in, we had two hours of all sort of Mathematics. Unlocking the maths hidden in music, art and popular culture; Grace Hopper’s Nanosecond in plastic model form; gesture-driven interactive ‘slope of a line’ fun with Kinect2Scratch; the maths of outer space; modular origami; Maths Circles; and an introduction to BreakoutEDU, and immersive code-breaking methodology that is proving very popular in US classrooms. There were some generous spot prizes, lots of fun, and the most important feature of a TeachMeet – ideas exchange between maths educators from all sectors.

And we were barely finished when Pam started planning the next one – watch this space or the Twitter timeline #MathsMeetIE, and don’t say you weren’t warned. See you there? 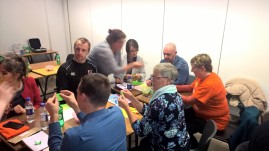 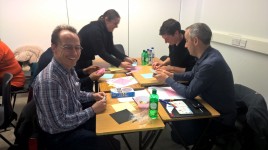 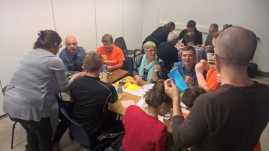 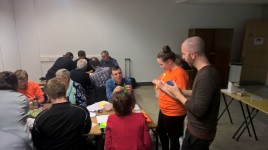 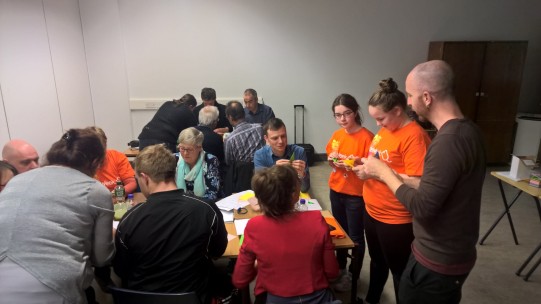