This BETT was all about bot and beats.

In view, robots everywhere – OhBot, BeeBot, BlueBot, Ozobots, Spheros and oh, oh, oh, the new love of my life, BB8. I met BB8 at Mark Anderson‘s workshop, and thanks to @aramski having the app ready to go on his phone, got to play immediately with it. Heart = captured at first beep.

The only non-bot item that really caught my eye was the Pi-Top, a lime green “body” into which you place a Raspberry Pi – very neat, and instantly on the wish list! 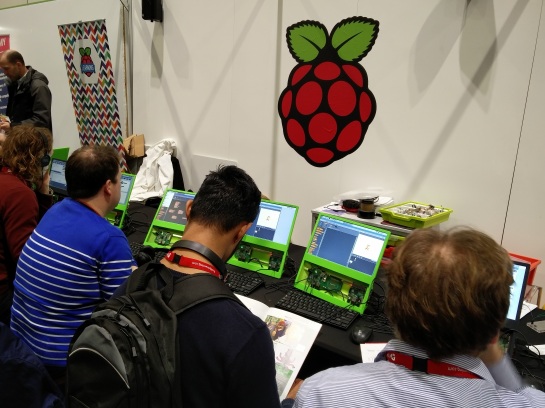 In the ears, all the time, noise. Beats, but eventually even it became noise. The iPad band – whom I love – were often so loud as to drown out everything for me, especially the keynote on ‘grit’ by Angels Duckworth – she certainly practiced it herself, gracefully dealing with the backgound beat.

The data-driven ballet from Genevieve Nunes Smith’s group was a major highlight for me. I’ve heared GNS speak at the Scratch conferences in BNC and AMS about her “ready salted code”, but this was the first time I’ve seen the dance. Mesmerising. 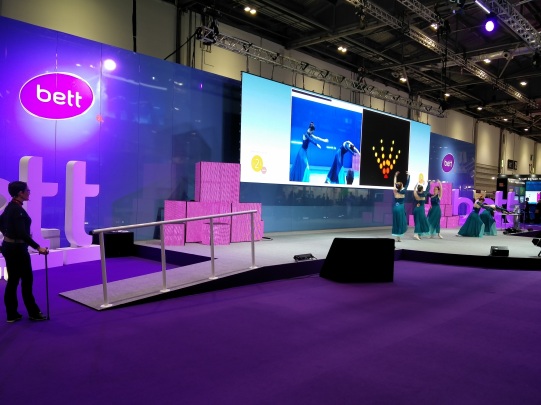 One lovely lovely lovely thing to come from this BETT, was a suggestion from Ken Whelan, via Twitter, during the TeachMeet, that we make June 6th into B Day, for Bianca. Love it, Ken, let’s do it!

The rest of the Best of BETT was wandering London, having the chats with those Bianca had dubbed The Fellowship. Thanks, for the wonderful caring (and “Wicked”) company, to Adrienne, Leanne, Pam, Hassan and John Van Heg. 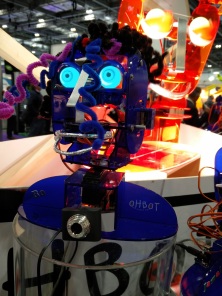 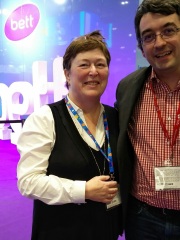